This year's conference began this month and continues through April in monthly, two-hour, online sessions.

In a new academic year packed with potential changes for the organization, UW−Madison’s MSAN Network decided to keep one thing the same.

Its signature annual event for high school students—the MSAN Intersectional Social Justice Collaborative (ISJC) to develop leaders equipped to end racial disparities in academic achievement and opportunity in their own schools—is being held online-only for the third consecutive year. But this time, it’s less because of the pandemic concerns that originally moved the conference online in 2020 and more because the online format is a proven solution that makes sense for an organization in evolution.

“This is a transition year,” says Latoya Holiday, interim executive director of MSAN, a coalition of 27 multiracial school districts from mostly the Midwest and the East Coast whose founding director, Dr. Madeline Hafner, left WCER this summer for a new job at the University of Utah.

“But it’s not just a leadership transition,” Holiday notes. ”This whole year, we’re going to be engaged in planning around what does the organization look like in the future and what do we offer.”

With everything from a possible name change to a top-to-bottom “reimagining” of its equity vision and member services on the table, it was simplest to continue the online format for the student conference, she says. In addition, as organizers learned from the last two conferences, moving the program online in monthly two-hour sessions through April means more younger students from member districts can participate, too. 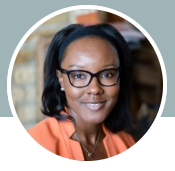 Limits on middle-schooler travel made that difficult when the event was held onsite in a member district for four days of speakers, tours, activities, and project work.

“Because the virtual conference worked so well the previous two years, it just makes sense for us to continue it that way this time,” Holiday says, adding that the format for future student conferences will be decided on a year-by-year basis.

Now in its 23rd year, MSAN is housed in the School of Education’s Wisconsin Center for Education Research (WCER) and is led by a governing board of superintendents from the member districts, which work collaboratively to analyze policies and share promising practices as part of their united mission to understand and eliminate racial opportunity gaps that persist for students of color and traditionally underserved students.

This year’s MSAN ISJC, which began this week, invites middle and high school students to participate in an integrated, interdisciplinary experience intended to affirm their intersecting identities as they explore topics such as implicit bias, race, power, and systems of oppression, MSAN Program Manager Connie Showalter says.

Many of the guest speakers for this year’s conference and much of the curriculum is new this year, in an important refresh for the many students who are now multi-year participants.

“We want them to feel that their previous learning is being built upon,” Holiday says, “that they’re growing and stretching and learning more, and really developing as leaders.”

Antonio Hoye has been an MSAN chaperone/advisor for participating students from Middleton High School in the Middleton-Cross Plains Area School District for several years. He works as a student and family engagement specialist at the high school and views his involvement with MSAN as an extension of his job supporting students.

“The reward that I get is to see kids take that opportunity to grow as leaders,” he says. “They also grow in the sense of their own self-actualization, as they learn more about themselves.”

Hoye says student interest in MSAN participation grows every year at his high school, passed down like a tradition to younger students by older ones who find it valuable. And it’s not hard to see the appeal, he adds.

“When I first had an opportunity to experience MSAN myself, it was really impactful to see how minority kids from across the nation could get together with like mindsets for a like cause,” Hoye says. “They had the opportunity to get together and talk about some of the challenges they were experiencing in their own communities, with a chance to network and problem-solve and, most importantly, to empower their voices and create initiatives to fix problems at their schools.”

This year, the first session’s keynote address was given by Sofia Garcia Garbuno, who earned a bachelor’s degree in education studies this past spring from UW−Madison’s School of Education (SoE) and is now pursuing a master’s degree in higher education from SoE’s Department of Educational Leadership and Policy Analysis.

Before all that, though, Garbuno was an MSAN student from the Chicago suburbs who found the organization’s mission and practices empowering. 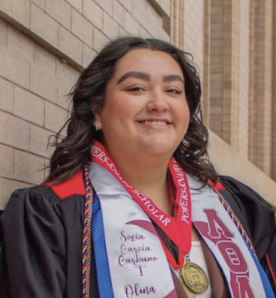 “I appreciate how MSAN is so student-centered,” Garbuno says. “Students are the ones on the ground in the schools and experiencing what’s happening right now. MSAN gives you a feeling that change is possible.”

In giving the keynote, Garbuno sought to connect with the students by sharing common experiences and modeling an open, even vulnerable approach. It worked—Garbuno’s session time nearly doubled due to so many students responding with reciprocal comments and questions.

“I really wanted to just be honest about the good, bad, and everything in between that has led me to the position I am in, stressing that growth and knowledge are not always linear,” Garbuno says. “With my dream job/career path being a scholarship director for underrepresented students, my experience being the keynote only solidified my passion to support students like me, who have so many intersecting identities that shape their perspectives, passions, and life.”

As part of the conference, participants explore their roles in making a positive impact on their school community by choosing and engaging in a social justice project, which take place in their own schools and are presented in a spring MSAN Scholar Social Justice Poster Fair. Monthly sessions of the ISJC will be facilitated by anti-oppression educators and consultants Corrie Wallace and Christopher Fontana, though Holiday plans to be a frequent presence for the students and school staff who accompany them as well.

“I want them to feel some level of trust in me as their interim director to be able to carry the important work of this organization forward,” she says. “We also want them to understand the work that’s ahead of us in terms of the visioning, because we will want all of them to be involved in engaging with that, the students and the staff.”

Holiday also hopes to engage with the students, to “hear their ideas and see how the wheels are turning for them” as they make their way through the curriculum.

“One of the things I’m really excited about is being able to hear what the students are grappling with and asking them to really be reflective about how they use what they learn in these sessions,” Holiday says. “And to take it back to their schools and their communities to actually change what needs to be changed.”